Strategic Advice on civilian Security Sector Reform was at the heart of the State of Play event organised on 10 November by EUAM Iraq with participation of the Delegation of the European Union to Iraq, EU Member States Embassies and NATO Mission Iraq (NMI).

“Our Mission has three strategic objectives. First, provide strategic advice, including on the Iraqi National Security Strategy. Second, analyse, assess and identify Security Sector Reform-related opportunities for the European Union. Third, together with the EU Delegation, facilitate and support EU and Member States engagements. I am convinced that we are on the right path, I think that our Mission is on track for all three objectives”, stated EUAM Head of Mission Anders Wiberg. “I consider that we have a very good relationship with our key Iraqi counterparts, including the Prime Minister’s Office, the Office of the National Security Advisor, the Ministry of Interior and key agencies. In many meetings I have heard positive feedback from the highest levels, and received many requests for more strategic advice”, he declared. 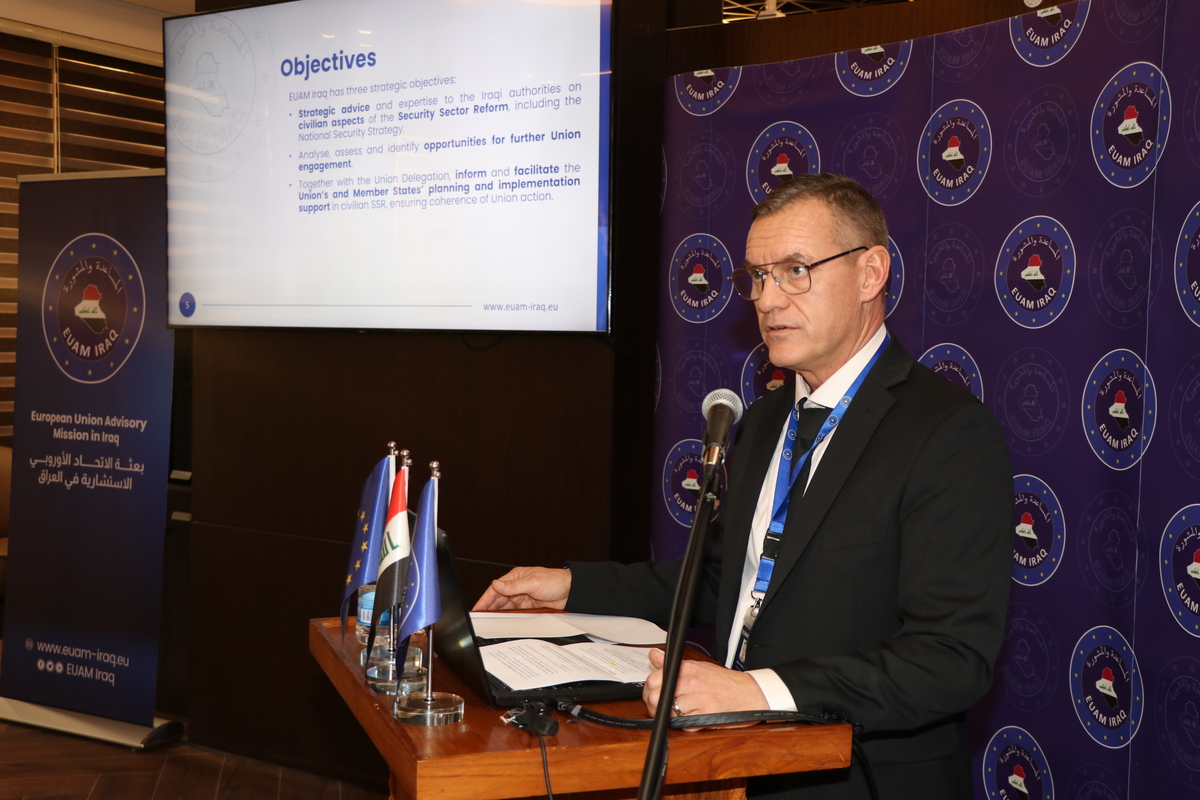 On her part, Agne Gleveckaite, Deputy Head of the EU Delegation to Iraq, stated that “the European Union is and will remain committed in supporting Iraq in many areas and with various tools and instruments available at our disposal, within the EU Integrated Approach”. “Support to Iraqi authorities in addressing the continued internal and regional security challenges, especially as regards counter-terrorism and security sector reform, remains among our priorities”, she concluded. 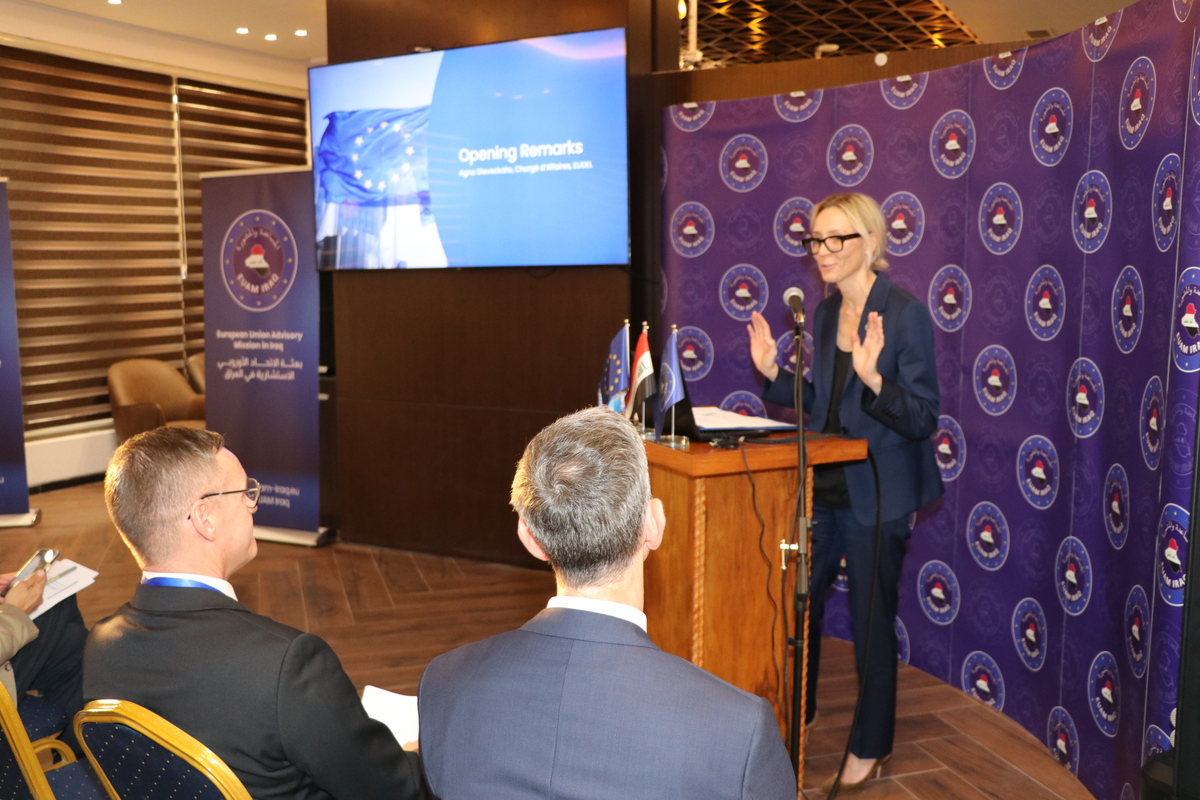 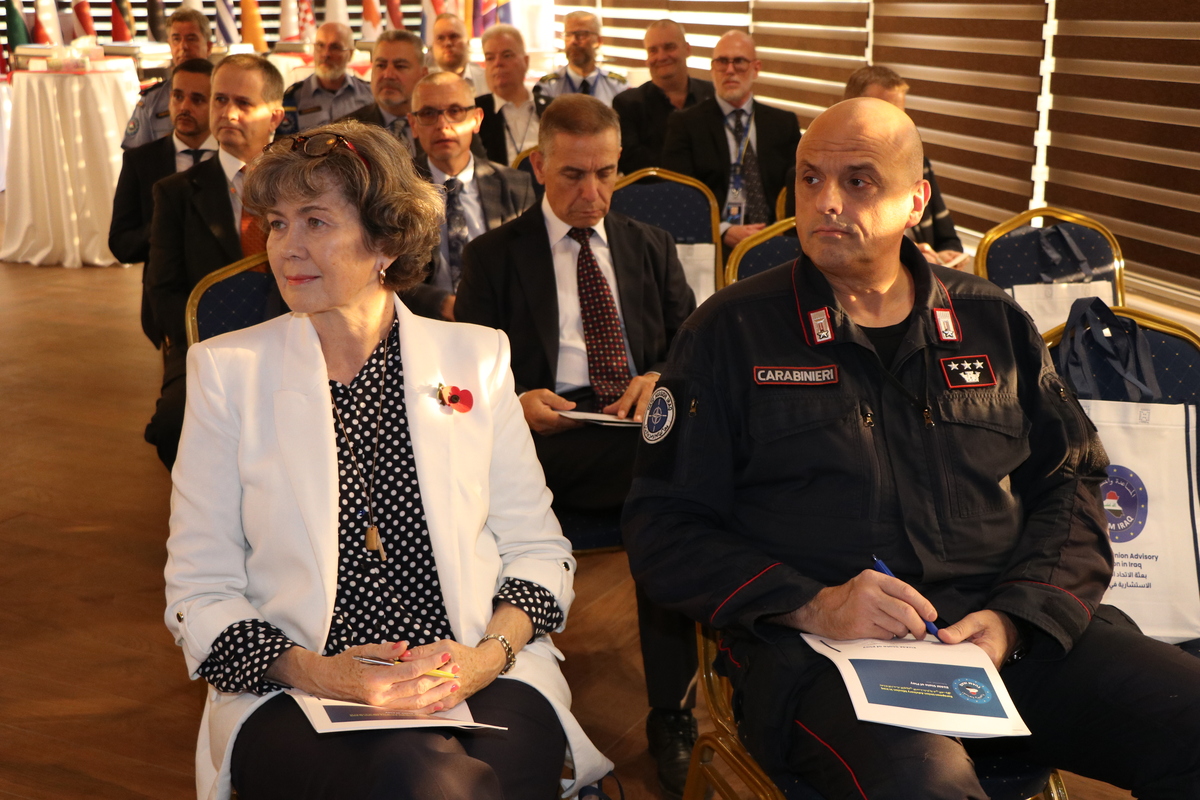 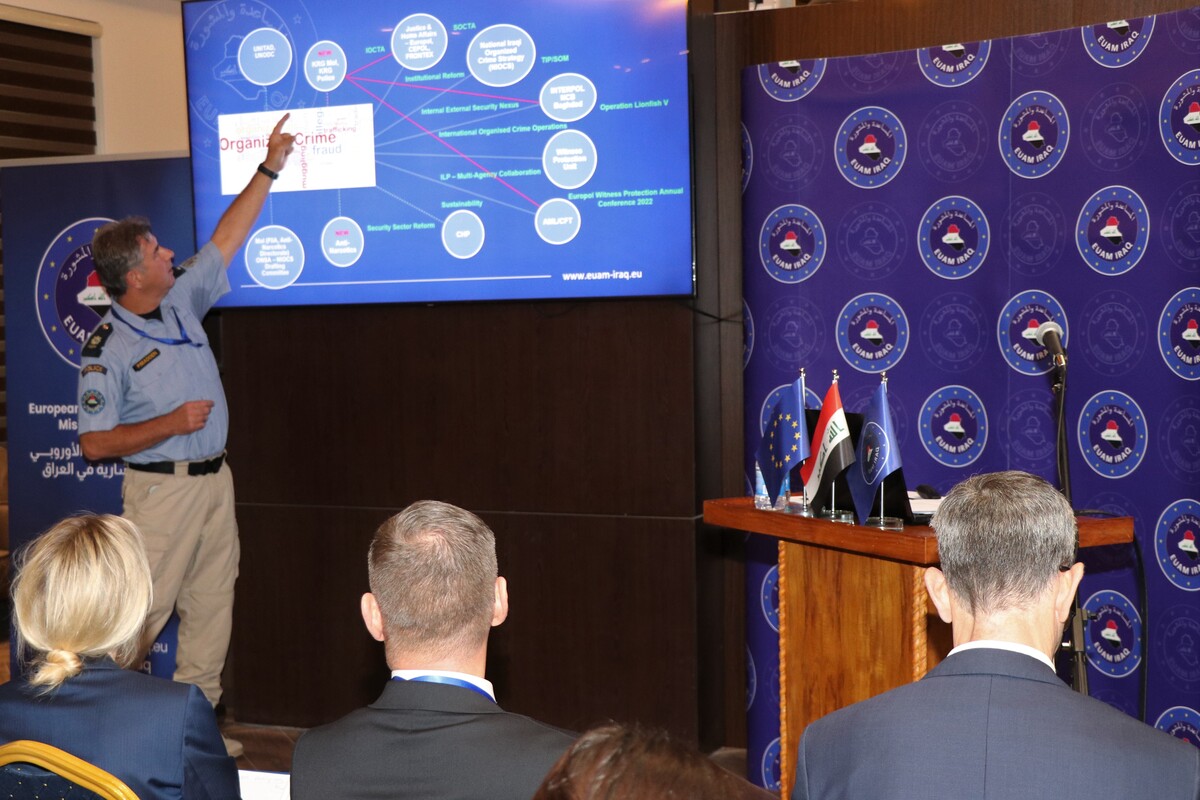 The Head of EUAM Project Cell department briefed the audience on the programmatic approach.